2020 has proven that things change and that people adapt and transition. Following a spring full of business, personal, and economic transition, Duncan Aviation saw high-level leadership transitions this summer as former President and CEO Aaron Hilkemann stepped into a part-time role as CEO and Chairman of the Board of Advisors and Jeff Lake assumed day-to-day business responsibilities and leadership of the company’s Senior Management Team as President.

When a business embraces transition and strives not only to plan for succession but, also to encourage people to leave legacies, an organization’s sustainability and growth flourishes. That is precisely how Duncan Aviation approaches succession and change.

“In some organizations, transitions are stressful and contain uncertainty,” says Todd Duncan, Chairman of the Board of Directors for Duncan Aviation. “That is not the case at Duncan Aviation, though, because we talk a lot about leaving lasting legacies and whenever possible, our transitions are carefully crafted and strategically planned with approval from our Senior Management Team and our external Board of Advisors.”

Duncan Aviation regularly plans for succession and not just for top leadership positions. Every department has a succession plan that addresses various contingencies. Change can be difficult, but with planning and forethought, it can be beneficial.

Aaron Hilkemann – CEO and Chairman of Board of Advisors 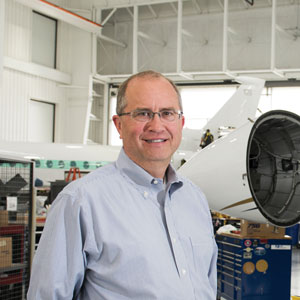 “Aaron has been a transformative leader for Duncan Aviation and leaves a remarkable legacy,” Todd continues. “His servant-leadership style and integrity instilled a formal, consistent leadership structure that allowed the company’s culture to blossom. He increased professionalism and added a decision-making style that was strategic and compassionate. He never deviated from the belief my family has that the people of Duncan Aviation are our strongest assets; instead, his style complemented it perfectly.”

Aaron joined Duncan Aviation in 1995 as Executive Vice President and Chief Operating Officer and was appointed President in 1997. Before that, he worked in banking and finance.

“The team members at Duncan Aviation have always been the heart and soul of this company,” Aaron says. “When I began 24 years ago, it was clear there was a need to build a senior team of managers who could create meaningful change and make vital decisions.”

Much of Aaron’s focus at Duncan Aviation has been in the selection and development of the best individuals to be on the Senior Team and then ensuring the team remained challenged and together.

“I am proud of our Senior Team, and it is this team, not any individual, that has been responsible for the company’s leadership and decisions.”
The team maneuvered the company through some tough times, including the challenges after 9/11, the Great Recession, and now the COVID-19 pandemic. The team also lead the company through phenomenal growth, facility investments, and innovative market offerings.

Aaron has developed close relationships with customers, OEM representatives, and team members. He is a past Chairman and member of the Board of Directors of GAMA (General Aviation Manufacturers Association) and has served as Past Chairman of the NBAA AMAC (Associate Member Advisory Council) and the NBAA Board of Advisors.

With Aaron released from the day-to-day management of the company, he is concentrating on high-level opportunities, nurturing industry and customer relationships and mentoring team members, and he plans to take time to travel, enjoy his family, and pursue his hobbies. It truly is a win-win scenario that allows Aaron to focus on where he can be most effective.

“Since I’m not retiring completely, I’m looking forward to a meaningful role that will allow me to maintain relationships both in the industry and with our team members,” Aaron says. 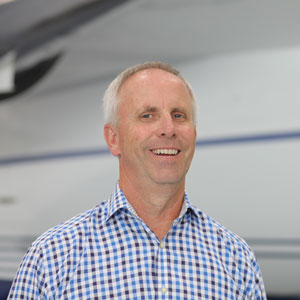 When Aaron stepped away from the President role, Jeff Lake stepped into it and has the day-to-day responsibility of running the company and leading the Senior Management Team.

“I am very appreciative to have had the guidance of Aaron and the entire Senior Management Team during my career at Duncan Aviation,” Jeff says. “Working together with them for years and facing numerous challenges and celebrations prepared me to coordinate active discussion and develop ongoing strategy for our team members and customers. It is obvious that we are amid a challenge again, but I am confident that working together, Duncan Aviation and business aviation will find opportunities and solutions that will ultimately make us stronger and more resilient.”

Jeff joined Duncan Aviation in 1993 as Controller and soon became VP (Vice President) of Finance. He was promoted to CFO (Chief Financial Officer) in 1998 and was named COO (Chief Operating Officer) in Lincoln in 2008. Jeff has also been active in both aviation and non-aviation boards/committees including United Way, CASA for Children, GAMA Maintenance Committee, and the Boeing Customer Advisory Board.

Building a legacy puts a stamp on the future, making contributions to future generations and future leaders. The recent leadership changes at Duncan Aviation were carefully planned and executed.

“I am excited for the future,” Todd says. “I am confident that the changes we have seen so far this year will help secure the longevity and importance of business aviation, and I know that the changes within Duncan Aviation are rooted in our culture and core values. I am certain that Duncan Aviation will continue to find success and support our customers’ needs with high-quality products and services for years to come.”

Transition creates opportunity and Duncan Aviation looks to its team when new opportunities arise. Here are some additional high-level team transitions that occurred this summer. 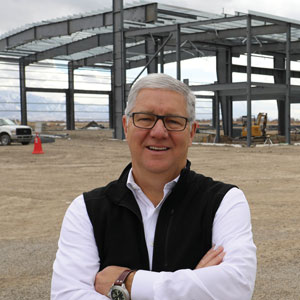 Bill Prochazka, former Executive VP and COO of the Provo, Utah, facility, retired. Bill started with Duncan Aviation in 1987 and was instrumental in the development of all three full-service MRO facilities.

Bill is especially proud to have been part of the First Team in Provo—the 12-member team who initially moved to Utah to blaze the trail for the first facility we built from the ground up. 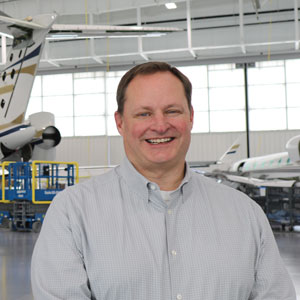 Upon Bill’s retirement, Chad Doehring stepped into the COO role after working closely with Bill for more than two years on the construction, recruiting, and staffing of the new Provo maintenance, modifications and paint complex that was completed this spring.

Chad is a longtime Duncan Aviation team member, hired in 1994 as an airframe mechanic, where he specialized in Falcon and Hawker airframes at our Lincoln facility. He continuously increased his responsibility with management positions including Airframe Assistant Manager, Airframe Services Manager, and Customer Service Manager. Before joining Duncan Aviation, Chad worked for Northrop Grumman on the B2 bomber as a structure, hydraulic, and flight test mechanic. 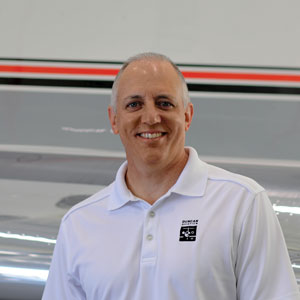 Mike Minchow is the former VP of Service Sales who transitioned to the role of VP of Modifications and Engineering for Duncan Aviation’s Lincoln facility at the beginning of 2020. In July, he added the responsibilities of COO of Lincoln.

Mike joined the Duncan Aviation’s Design Center team in 1993 as a Designer while working on his Master’s degree in architecture. Mike transitioned to Team Leader of Design, moved to Sales Team Leader, and then on to Program Manager. He was then promoted to Sales Manager and eventually named to the Senior Management Team as VP of Service Sales. 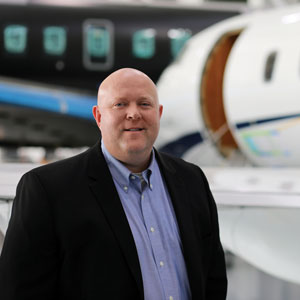 Ryan Huss was selected to fill the newly created role of Director of Sales, which was created after Mike shifted to engineering and modification. Ryan served 7.5 years in the US Air Force before joining Duncan Aviation. He started at Duncan Aviation as an Airframe Technician I and during the past 19 years has held the positions of Airframe Lead Tech, Airframe Team Leader, Bombardier Airframe Service Sales Rep, and, most recently, Airframe and Engine Sales Manager.